On 10th May 1841, the Official newspaper of Finland announced the founding of the Helsinki Mechanical Institute.

This became the beginning of a unique chapter in Finnish technology and industrial history, which today continues as Metsi Oy, an internationally operating company privatized from VTT Technical Research Centre of Finland in 2000 and growing rapidly at the forefront of its industry. 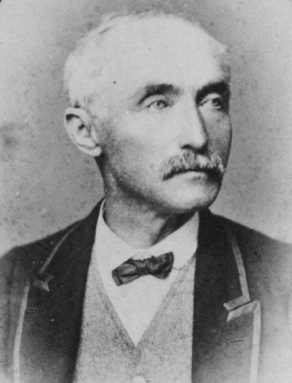 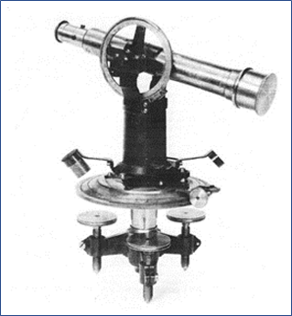 Martin Wetzer from Bavaria, who had been hired by astronomer Wilhelm Struve at the Pulkovo Observatory, was appointed as the director of the Mechanical Institute. In Helsinki, Wetzer’s duties also included teaching at Technical School of Helsinki. His younger brother Eduard, who had followed him, returned to Germany, where the family founded the Telegraphenfabrik Hermann Wetzer AG, now part of the Endress+Hauser Group, in 1873.

The institute manufactured equipment for industry, the university and administration, from astronomical observatories to the lighthouses and the Finnish Guard, where Wetzer also served as a gunsmith. He also led the construction of gas street lighting in Helsinki, which began in 1860, and together with the professor of physics, Selim Lemström, he turned on the first electric light in Finland on 10th December1877. 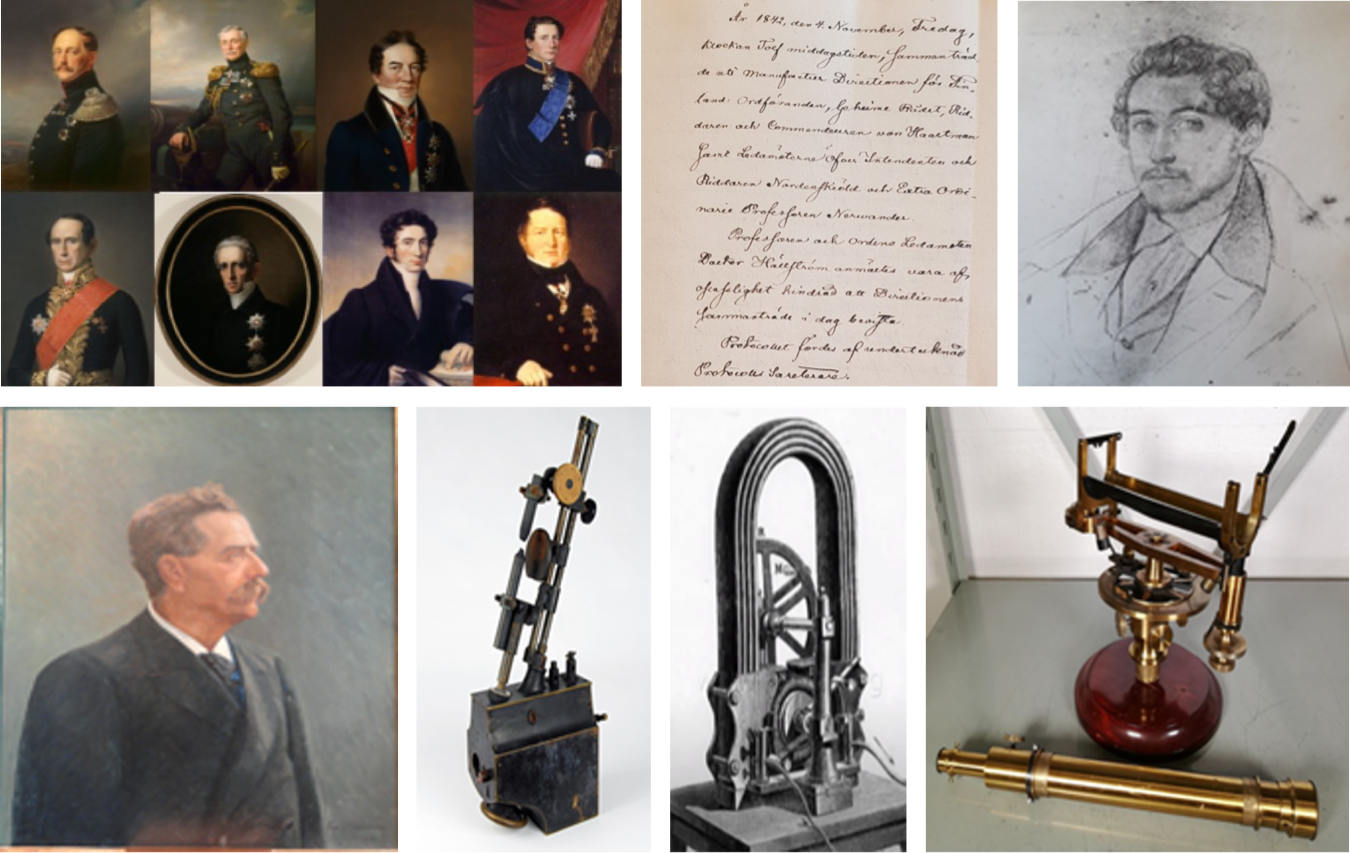 After Martin Wetzer, the Precision Mechanics Workshop was subjected to the Finnish Society of Sciences and Letters in 1884. It was first led by the Swede Frans Helin and from 1895 onwards the Dane Vilhelm Falck-Rasmussen. Operations continued to manufacture scientific and industrial equipment, which, among other things, included the equipment required for the transition of Finland to metric system in 1887. The workshop also operated as a school of precision mechanics with one of the students being Emil Henriksson, the inventor of the Abloy lock.

After Finland became independent in 1917, the workshop was subjected to the Ministry of Education under the supervision of Professor Ilmari Bonsdorff, Director of the Geodetic Institute, and from 1924 onwards directed by Estonian-born Victor Priegnitz recruited from the Bamberg-Askania Group in Germany. In addition to the previous fields, production also expanded to office technology, such as photocopiers; police administration, such as the development and manufacturing of a reference microscope; and the defense forces.

In 1942 the Technical Research Centre of Finland, VTT, was established under the Ministry of Trade and Industry. Head of Office of the Ministry Uolevi Raade was appointed in 1944 as the supervisor of the Precision Mechanics Workshop. He supported the future academician Erkki Laurila’s idea to join it with VTT.

“The merging of Precision Mechanics Workshop with VTT was an important victory for the Research Centre. It was also a clear indication that the state wanted to centralize various technical research units to VTT.The transfer of the workshop raised VTT’s scientific profile, as precision mechanics and technical physics brought together measurement, control and automation research to it.” (Karl-Erik Michelsen, “Valtio, Teknologia, Tutkimus; VTT ja kansallisen tutkimusjärjestelmän kehitys”, Painatuskeskus 1993)

Professor Erkki Laurila was the responsible director of VTT’s Precision Mechanics Workshop until 1972, and engineer Eino Sairio was appointed its manager in 1954. The workshop served VTT’s departments, government technical administrations, hospitals and industry, for example in the development and manufacturing of X-ray equipment, ore analyser and space satellite components.

As a part of the development of VTT’s operating structure, the workshop was privatized in 2000 as Protoshop Oy. In 2012, it acquired Metsi Oy’s mechanical engineering business and began rapid growth and internationalization under this name. Today, Metsi has factories in Finland and Estonia and it employs about 280 people internationally.

The formation of a technical research system in Finland began in the 1830s by establishing three separate institutions. The first one of them was the Manufactory Board (Manufaktuurijohtokunta in Finnish, now the Ministry of Economic Affairs and Employment of Finland), the second one was the Mechanical Institute (Mekaaninen instituutti in Finnish, now Metsi Oy) and the third was Technical School of Helsinki (Helsingin Teknillinen reaalikoulu in Finnish, now Aalto University).

University professors P. A. von Bonsdorff and G.G. Hällström who moved from Turku to Helsinki tried to use their students visiting European universities for acquiring instruments. J. J. Nervander found some instrument manufacturers but had to write to his teachers that the situation was almost hopeless. The acquiring did not reach the level required by scientific research. Especially in case of electrotechnical instruments, trading proceeded from the terms of the manufacturers. Carl Gustaf Mannerheim, the grandfather of Marshal Mannerheim, who worked in the office of the Minister–Secretary of State for Finland in St. Petersburg and who was interested in natural sciences, tried to obtain the measuring equipment needed in Helsinki from St. Petersburg during 1828–1829, but with little success. Mannerheim also mediated instrument trade with the University of Tartu.

In order to solve the problem, the Mechanical Institute or the Senate’s Precision Mechanics Workshop was established in Helsinki in 1841. Its purpose was to manufacture scientific instruments and measuring devices as well as to train precision mechanics. The institute was put under the supervision of the Manufactory Board.

In a letter to Governor-General Alexandr Menschikoff dated 20th April 1841, Minister-Secretary of State Alexander Armfelt defined the purpose of the institute: to manufacture precision instruments to be used by the industry and scientists.

Martin Wetzer, a mechanic at the Pulkovo Observatory, was hired as the father of Finnish precision mechanics. The opening of the new Precision Mechanics Workshop was solemnly announced at the meeting of the Manufactory Board on 4th November 1842:

”As the Mechanical Institute established in this city by the merciful command of His Imperial Majesty has now been completed…— … as of now, orders will be accepted for mathematical and astronomical instruments, special seafaring measuring devices, pendulums of various sizes, physical and chemical devices and more commonly used unique thermometers, barometers, compasses, scales, accurate length measuring devices, etc., and less common complex instruments and tools and equipment, such as larger and smaller pumps and syringes, in addition to which such instruments and equipment are received for repairs. In addition, a selection of binoculars, directional theodolites, etc. of different sizes are permanently on display for sale at the head of the institute.”

Martin Wetzer originated from Bavaria, Germany. Wilhelm Struve, who was the director of the observatory of the University of Tartu and responsible for the construction of the Pulkovo observatory, invited him to St. Petersburg in 1840. The Struve family originated from Altona, Denmark (since 1866 part of Prussia and later Germany, now the district of Hamburg). They had moved to Tartu as a result of the Napoleonic Wars and Struve received his education at the University of Tartu, financing his studies, inter alia, as Count Berg’s private teacher at Sangaste manor. In the 1850s, Friedrich Vilhelm Berg served as Governor-General of Finland and Vice-Chancellor of the University. Struve was one of the most famous astronomers of his era and he was given the opportunity to build both the Tartu and Pulkovo observatories. In St. Petersburg, Wetzer met J.J. Nervander, who persuaded him to move to Helsinki to take up the position of the director of the workshop to be established.

Martin Wetzer’s younger brother Eduard followed him to Helsinki, however, he returned to Germany, where the family founded the Telegraphenfabrik Hermann Wetzer AG, now part of the Endress+Hauser Group, in 1873.

Martin Wetzer’s greatest accomplishments included the construction of Finland’s first electric lamp. In 1877, in an experiment set up by university’s physics professor Selim Lemström and Wetzer, a large arc lamp was lit at the Pasila workshop in Helsinki. This was probably the first experiment with electric light in Finland.

When the Polytechnic School (formerly Technical School of Helsinki) moved into its new building near the Hietalahdentori in 1877, Wetzer’s Precision Mechanics Workshop of also moved to Hietalahti at Bulevardi 26.

When Wetzer died in July 1882, the first intention was to sell Wetzer’s workshop by auction. However, in the spring of 1883 the decision was cancelled and the privileges of the Precision Mechanics Workshop were transferred to the Finnish Society of Sciences and Letters – Finska Vetenskaps-Societeten, where the active Selim Lemström saw the opportunity to develop physical research together with projects of international polar research.

The workshop initially moved to Kruununhaka at Kirkkokatu 3. Frans Helin, born in Sweden in 1848, was recruited as the director of the Precision Mechanics Workshop. Helin had studied precision mechanics in Stockholm in Fr. J. Berg’s workshop and moved to St. Petersburg in 1869 to work in G. K. Bauer’s precision mechanics workshop. From here, he was recruited in 1884 to Helsinki to continue manufacturing scientific instruments.

From 1889 onwards, the address of the workshop of the Finnish Society of Sciences and Letters was reported as Nikolainkatu 5 (Snellmaninkatu 5) in the courtyard of the University Laboratory Building Arppeanum. The workshop was under the supervision of Professor Selim Lemström.

In 1895, the mechanic’s position was opened again for applying after Helin failed to deliver some orders. Vilhelm Falck-Rasmussen from Denmark was elected as the director of the mechanics workshop as he was considered far more competent than Finnish applicants for the position. Among other things, Falck-Rasmussen manufactured equipment to the Helsinki Observatory for photographing the starry sky and, at the turn of the century, the mareograph measuring instruments to the Meteorological Institute of the Finnish Society of Sciences and Letters, located on the shore at Kaivopuisto.

In 1917, the workshop was reorganized into the State Precision Mechanics Workshop, which was incorporated into the organization of the VTT Technical Research Centre of Finland (Valtion Teknillinen tutkimuslaitos) during the Second World War. VTT moved to Otaniemi in the late 1950s, where operations continued until the turn of the millennium. The workshop was privatized in 2000 when it was named Protoshop Oy. In 2010, the company’s ownership transferred to Ville Volanen. The company currently operates under the name Metsi Oy and continues to offer high-quality equipment and mechanical engineering technology solutions also to international markets.

Docent Panu Nykänen. PhD
the author is Secretary General of the Finnish Academy of Technical Sciences